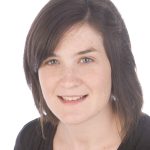 As you know, Miss Beatson leaves us at the end of the year to take up a leadership role in London. Sadly, the time has come for two other teachers to also be moving on.

In July, Miss Kieran leaves us for a sabbatical year. She is moving to Stockholm, Sweden to work in a school there. Miss Kieran has delivered wonderfully creative lessons and adds sparkle and fun to whatever her classes do. She has led the way with the development of our more creative curriculum and also led on initiatives such as Moortown’s Got Talent and My Money week. We hope that she will return to Moortown after her year away. 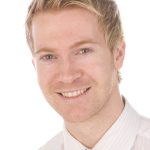 Mr O’Leary also leaves us at the end of the year, but to go to a school much closer to home! He will be part of the leadership team in another Leeds school, continuing his responsibility for ICT throughout the school, a role which he has successfully developed here at Moortown. He has ensured that the children in his classes have achieved very well each year, and has contributed a good deal in his extra role as Subject Leader for ICT. He also took up the management of the football team and set up many matches with our local schools.

Miss Kieran and Mr O’Leary both started at the same time as Mrs Weekes and me – the four of us joined in September 2007. We shall miss them both. They started here as newly qualified teachers and have contributed an enormous amount to the school.

We have recruited four new teachers to join us in September. The children met three of the new teachers, Mr Owen, Mr Redfearn and Mr Wilks on Friday 28 May. The fourth teacher, Ms Hazell, is currently teaching in a London school.