What’s that coming over the hill?

Is it a monster?

Continuing on with our text focus, Orion and the Dark,  we have had fun creating our own monsters.

First of all, the children were asked to describe their monster. Using different parts of the body we were able to create a bank of adjectives. Using these, the children went on to create some expanded noun phrases. Here is an example of how we set this work out.

Then, it was time to get creative. The children sketched their monsters first. After this, using clay, we set to work. Children had to select tools needed to make patterns, cut, flatten and decorate their models. When complete, the models were baked and are now on display in the classroom.

Below, are a few pictures of the children at work. 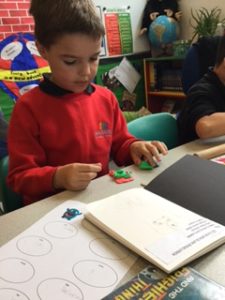 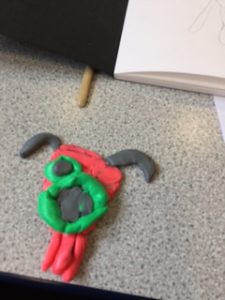 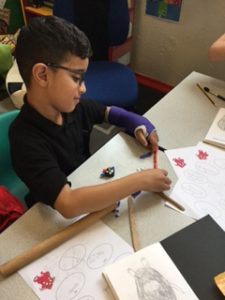 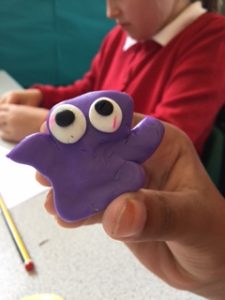 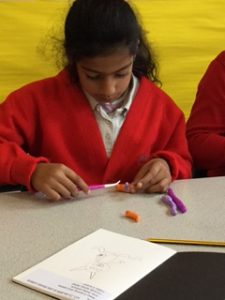 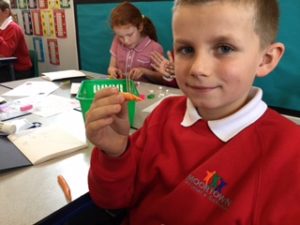 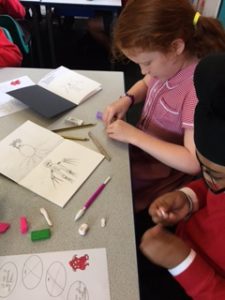 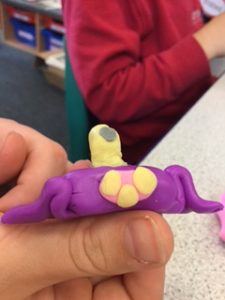 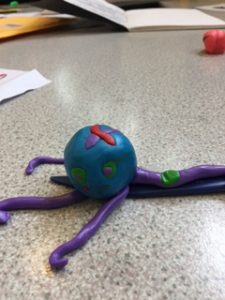 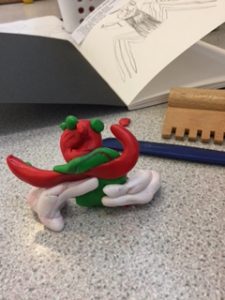 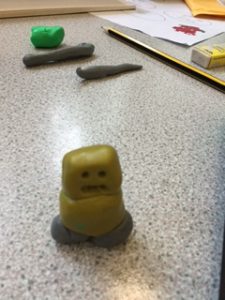 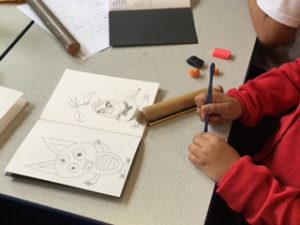