Latest news from around the school

Following in-class election speeches this week, our School Council elections will take place on Thursday, 11 February. All children have the opportunity to vote at our polling station using the following instructions.

Before voting, please read the following: 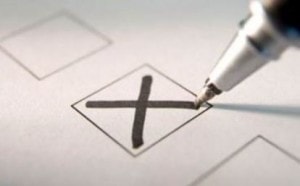 Results will be counted on Thursday and our new School Council will be announced at the end of the day. This will be made up of two children from each class with the highest number of votes.

Good luck to all our candidates.

Learn more about the new tests for your child

You’ll be aware that there have been lots of changes in education in the last few years, including a new curriculum with greater expectations and assessment without levels.

There are also new end of key stage tests (commonly called the SATs) coming up in May. Children in Year 2 (end of KS1) and Year 6 (end of KS2) will be the first to sit these new tests.

Find out more about the Key Stage 1 tests: watch this short video and/or read this booklet.

Find out more about the Key Stage 2 test: watch this short video and/or read this booklet.

Another congratulations from the DfE

We’ve had a third letter congratulating us!

On 26 January 2015, David Laws MP (Minister of State for Schools) wrote a letter congratulating us on the results for disadvantaged pupils.

On 27 October 2015, Nick Gibb MP (Minister of State for School Reform) congratulated us on very high achievement for pupils in the 2015 Year 1 phonics screening check.

Now, just over twelve months on, we receive a third letter. This time, Sam Gyimah MP (Parliamentary Under Secretary of State for Childcare and Education) sends us congratulations, again for the results of pupils who are entitled to pupil premium – often referred to as disadvantaged pupils. He writes:

The reason you have been selected is that you are one of the high achieving schools in the country in terms of the attainment and progress of your disadvantaged pupils since 2011. It is clear that you and your staff have provided pupils with a good start in life and prepared them well for secondary school. I would like to congratulate your governors, parents and pupils for their hard work and success, and thank you for your leadership in making such a difference to the future success of your pupils.

We’re very proud of the successes of all our pupils, whether it be those in receipt of pupil premium funding or not. We are always 100% committed to supporting and challenging all pupils in their learning (and in their social and emotional skills, too!). Moortown Primary is a happy and healthy and highly successful place to learn!

This week, linking with their learning about owls, Year 3 helped to create two of the owl markers for a new orienteering project at Meanwood Park. 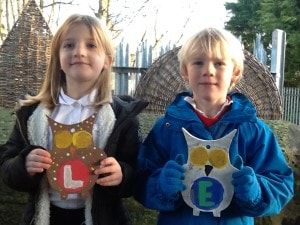 Further details about the trail will follow once the rest of the owls, from other local schools, are ready and in place.

Our school dinner menu was discussed by our School Council this week.  They also talked about ways to encourage others to try some of the new meals that are on the Spring term menu.

Did you know the menu is available to view on our website and also displayed on our dining room window. This is a good way to make your child aware of what the daily meals are.

The menu follows a three week cycle and it changed on a termly basis.

Here are the options for today. 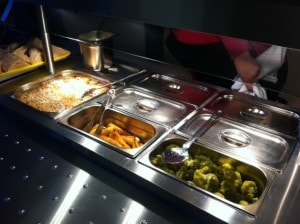 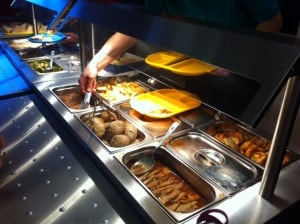 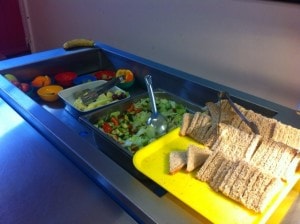 Our current school councillors held their final meeting today as we prepare to elect our new school council.  This year’s election date is Thursday 11 February.

Children from every class, including Reception, are encouraged to prepare a speech to present to their class as part of the election process.  Our whole school homework before the election date (05 February) will give children the chance to plan their speech.

Thank you to our existing school council who have been involved with many decisions and discussions throughout the year.  On today’s agenda, there have been discussions around the new school dinner menu, classroom reading areas, e-safety and general suggestions put forward by children in each class.  It appears they have enjoyed the role as they all intend to stand again at the elections.

Borrow a book, borrow a bike

With 100 days to this year’s Tour De Yorkshire, a local bike library has been set up locally at Moor Allerton Library.

Leeds City Council has introduced a new Yorkshire Bike Bank which will allow residents to borrow bikes as well as books from the library.

Moortown Primary is a happy, healthy and caring place to be.

That’s why we support two charities for two years. In 2014 and 2015, we supported Cancer Research UK and St Gemma’s Hospice.

In 2014 and 2015, we raised £2,205.36 for Cancer Research UK and £2,164.66 for St Gemma’s Hospice. (The amounts are slightly different because of the different fund-raising events over the two years – some are specifically for just one of the two charities.)

Thank you for your support.

Two new charities will be chosen by pupils this month. There will be a Talk Time homework – your child will discuss ideas at home. Following this, each class will discuss ideas so make sure your child can talk about their preferred charities with reasons why they think Moortown Primary should support them. At the end of the discussion, two charities from each class will be nominated. The School Council will then consider the charities from this shortlist and finally agree on the two charities we will support in 2016 and 2017.

It’s that time again where the children of Moortown Primary showcase their talents at our annual Moortown’s Got Talent.

Moortown’s Got Talent is a great opportunity for your child to share their talent (whatever it may be!) with the rest of our school. Auditions are open to children of all years and from those auditions, finalists will be chosen and go head to head on Thursday 21 January in front of our very own judges.

Talent from previous years has included a comedy act, singing, acting, dancing and a magic act to name a few.

Your child has been informed that for an audition, they will need to come prepared. For example, if they require music, they need to bring their own. Auditions are next week and are as follows:

Today has seen a new campaign launch by Change 4 Life, the government’s public health initiative, aimed at reducing the amount of sugar that children consume.

The free Sugar Smart App can tell you the amount of sugar in items by scanning the barcode, and then displaying the result as a number of cubes or in grams. The app can be used as a way of revealing the hidden sugar content in foods and to make us more aware of what children are consuming. 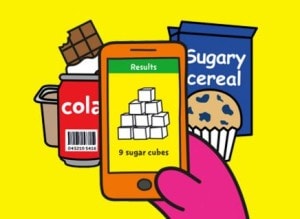